There Has Always Been The Music

I am watching an episode of Ballykissangel, a BBC television drama set in Ireland. One of the townsfolk is operating a clandestine radio station. The DJ plays music and comments upon life.

It is not unlike my life. When I was very young I listened to records. I remember a song about an orchestra, with each instrument featured so that you learned their sound. There was the spoken/musical recording of Peter and the Wolf. 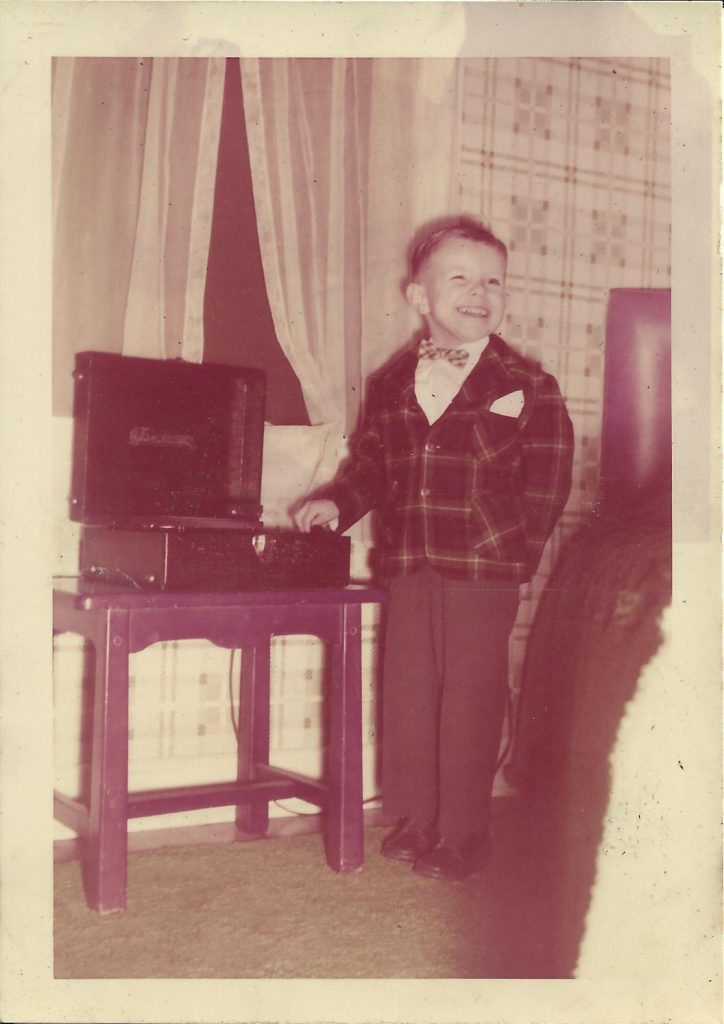 I am sure my Dad had something to do with this photo. He was a bandleader at Rutgers University. Preceding him a few years was another Father at the same University, another bandleader, Ozzie Nelson. I had an opportunity of interviewing one of Ozzies sons when I was in college, that was Rick Nelson. He also was into music.

Living on the east coast I was between Philadelphia and New York and had favorite radio stations in those cities. Some of the biggest names in DJs were there at the time. Also on television were the sock hop and dance shows like American Bandstand.

Along the way I was also interested in electronics and bought one of those radio transmitters. They never went very far but it was fun to play with.

In 6th grade I went off to school and listened to the radio station on campus. That was a welcome change from the non-exciting radio stations in the area. I soon was able to join the radio club as a DJ and along with fellow students had my own show. We had inherited the radio transmitter and a bunch of old Navy surplus receivers and equipment. We soon built and rebuilt the transmitter to have more power and better clarity. we also built a control board and mixer. We had issues trying to cram the radio signal into the electrical system and finally, carefully erected an antenna so that we could transmit over the air.

We were illegally breaking the law as we had more power and an over-the-air signal, however we judicially avoided interfering with other stations and had no issues with anyone in town. That did change after we graduated as then members of the station were far and above and brought the ire of the FCC upon the school.

For our recent 50th class reunion I recreated an hour of programming for the enjoyment of the attendees.

When I attended college in Southwestern Virginia, I started a small radio station in the dorm. I had big plans but could not get any other students very interested in helping DJ. Eventually the school became a part of the Public Radio Network in the state.

I got a part-time job wiring up a new television station which would rebroadcast Public/Instructional programs to the Southwest of the state.

As time went on I was hired by a local radio station in Kentucky. I had been unofficially recording commercials and running the board for another DJ and it seemed that my lack of a local southern drawl made me sound a bit worldly.

My co-conspirator and I attended some radio programming conferences and brought a bit more professionalism to the station. We also met a few music legends along the way, Michael Nesmith, Roger Miller, Kris Kristopherson and so on. These were greats sprinkled in and amongst the local musicians and notables in the area where were a bit more country than the rest. Even my dorm RA, Randall Hylton was a well-known musician. At the station I met one of the Statler Brothers and an EX but original member of the Drifters.

Soon I was off to Richmond Va where I helped with a bit of engineering at the University of Richmond Radio Station. After a year or so I was invited to come back down to Kentucky to help run the radio station I left not all that long before. I lived upstairs over the station in a building recently destroyed by fire. It was this stint were I interviewed Rick Nelson.

After another stretch in radio I was getting tired. I was off to Northern Virginia and Maryland.

I finally received my Ham Radio license and traded music for talking. This is quite different from being a DJ but I helped provide communications for parades and special events. When the Air Florida crash happened in the Potomac, I and a number of other Ham Club members tried to go help provide emergency communications, however we were thwarted due to transportation issues in the subway with ice and blizzard-like conditions.

A friend of mine worked at a few radio stations and I would visit the studio on occasion. I also helped at the local public TV station volunteering time and expertise. My Ham background was mentioned as a reason I was called upon to run a TV camera during a live event  simulcasted on most of the TV stations in the Washington/Baltimore markets one night.  I am not quite sure why they thought a HAM background would help in running a TV camera, but perhaps they just used that as an excuse. I also did my share of being an on-air auctioneer. behind the scenes those 10 or so years I wrote and ran a complete inventory system for their event. The auction was not unlike a 10 night Shopping Network show. 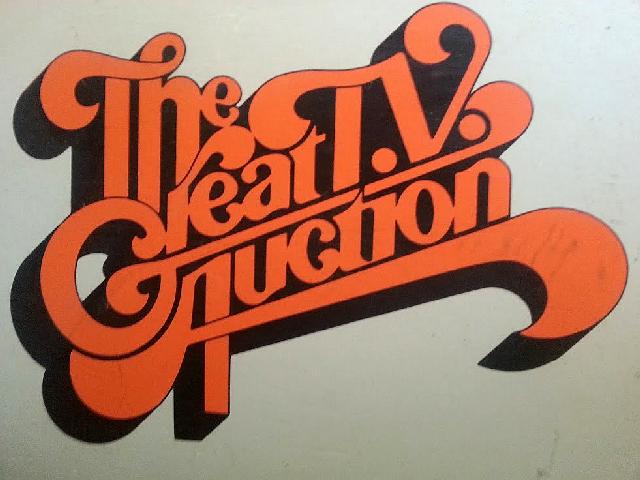 I was still involved with communications although not necessarily music. I aligned Satellite TV receivers and Morse Code receivers. I also had a job aligning and testing telephone test equipment.

My home satellite TV dish allowed me to listen to many different radio stations and music sources. Some were not for the general public but the reception of the signals was not easy for non-technical people to find. I had veered so far from music as a profession but still listened to various genre as I could. I was then working for 17 years with Hewlett Packard.

Upon my retirement I moved to Hawaii. Here I played around with using my computer as an internet radio station using MIXXX and a few other programs to do the DJing. I also began listening to Riviera.FM, an Internet radio station in the U.K. I was and remain their furthest listener.

With the advent of Amazon devices I now listen to various music types. What is next I don’t know.

I DO know that as I get older I am thinking about my demise. I am concerned that when I die, someone is going to make the absolutely horrible playlist and I need to start compiling my own.

After all, there has always been, and always will be, the music.