Here is an interesting link between my old High School in Virginia and Hawaii.

I first attended a couple years later in 1962 so I did not know the teacher.

Here is 2 pages from a 1958 yearbook. The 4th photo on the top page (the guy with all the medals) is a Math Teacher. He is about to retire from that, but in December he came back to Hawaii for a gathering. 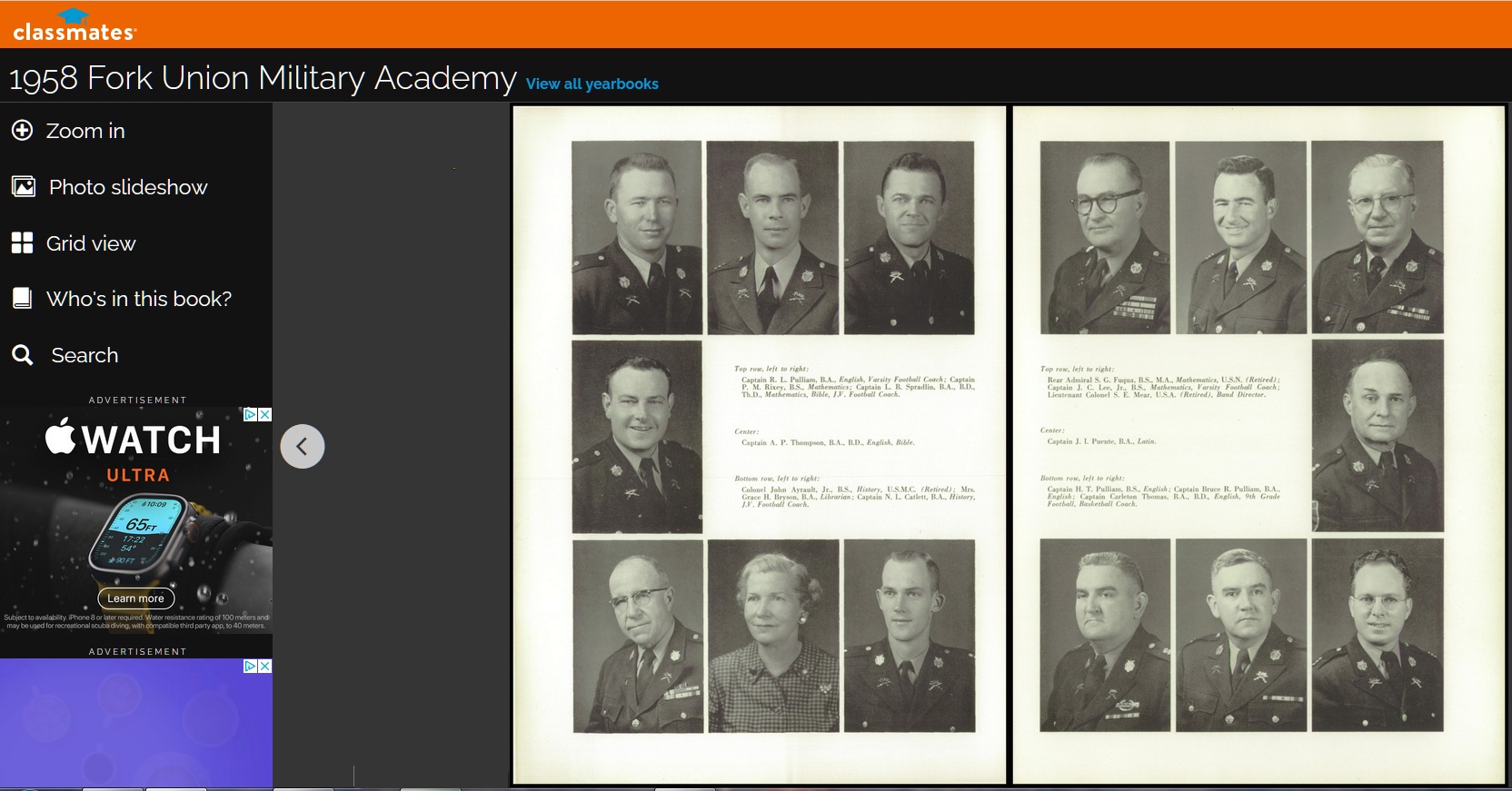 Here is a bit about the gathering and why he came back to Hawaii.

During and following the end of World War II, Arizona‘s wrecked superstructure was removed and efforts began to erect a memorial at the remaining submerged hull.

The Navy placed the first permanent memorial, a 10-foot (3 m)-tall basalt stone and plaque, over the mid-ship deckhouse on December 7, 1955. President Dwight D. Eisenhower approved the creation of a National Memorial in 1958. Enabling legislation required the memorial, budgeted at $500,000, be privately financed; however, $200,000 of the memorial cost was government subsidized.

Principal contributions to the memorial included:

Note that his appearance on the TV show raised more than Elvis did.