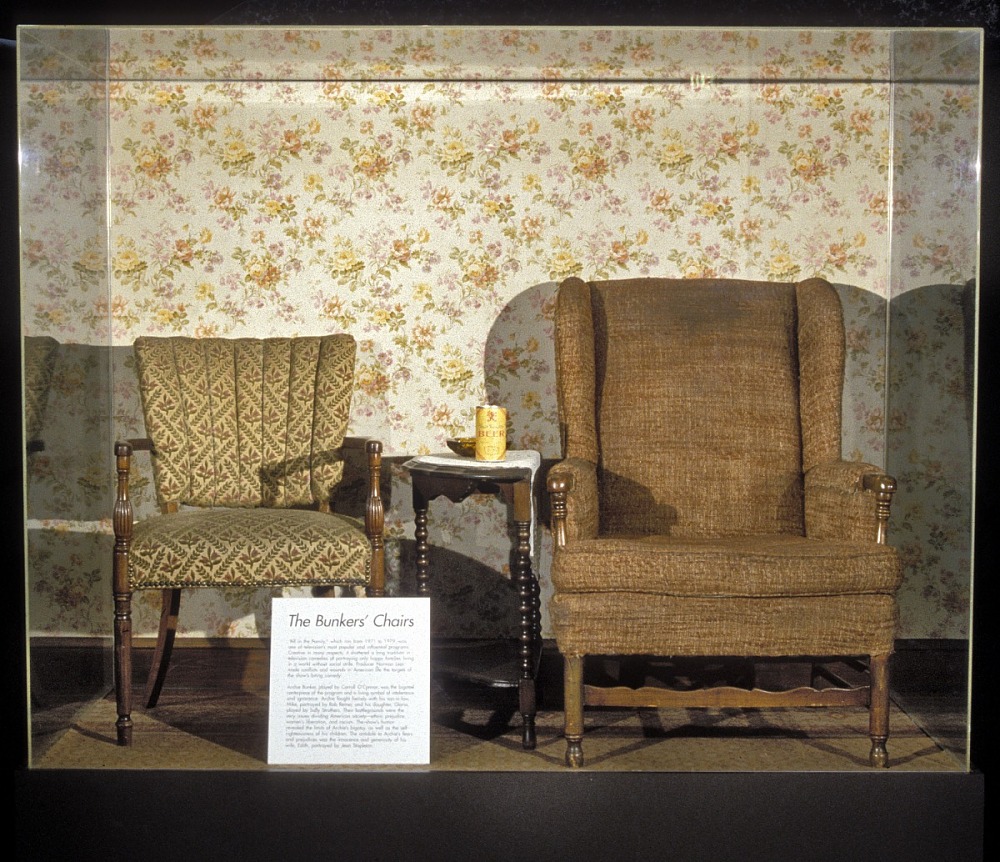 Recognize these chairs? Yes, Achie Bunker and Edith’s chairs from All In The Family.
Decades ago I was a Ham Radio Operator working as Net Control for the Cherry Blossom Parade in DC. We Hams provided communications support to the parade officials and also helped pass messages to first responders if needed.
I was stationed at The American History building at the Smithsonian Museum . The museum had a Ham Radio station there behind a glass panel. The radios could be turned on and used for events or if turned off, the room was just a static display with signs explaining Ham Radio and the station.
So I was behind the glass, facing outward, looking at Archie Bunkers chair across the room. I had a headset on and had my left hand pressing against the earpiece trying to hear a particular noisy station. My right hand was poised with a pencil as I was ready to write down the information. I was not moving at the time. It seems that a couple came past the outside of the large glass window and had been looking directly at me. When I looked up unexpectedly it scared them as they thought I was a mannequin. Nope, just me!
So, I guess I hold a somewhat novel position of being an exhibit at the Smithsonian.